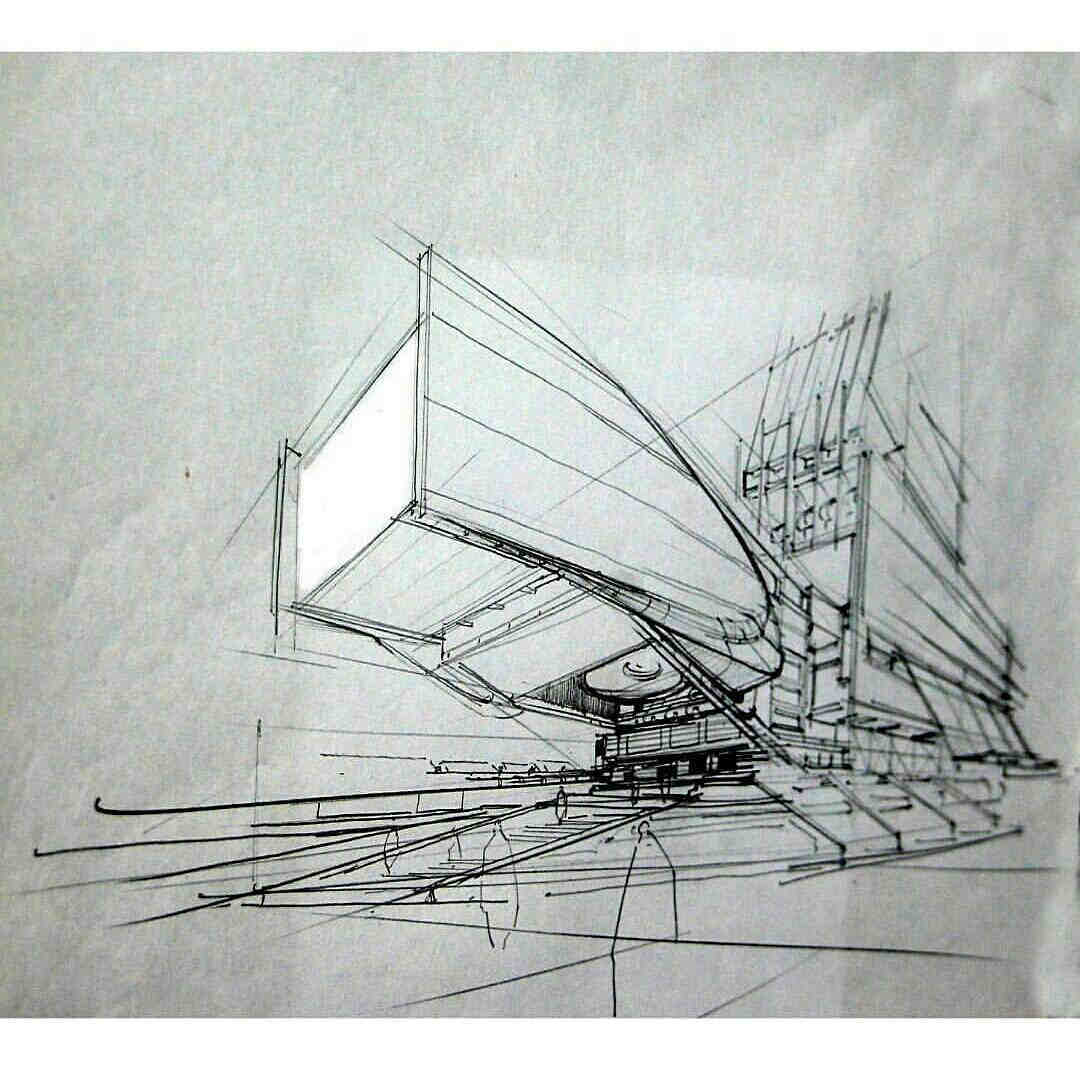 Initial sketching in architectural design is a complex creative process of developing a working hypothesis, expressed in a sketch-idea. Conducted to the scale of the sketch. At this stage, one representation is replaced by another, new images and ideas are associated, based on the repeated analysis of the initial data and the assimilation of information related to the selected problem, a pairwise comparison of options, and a heuristic “reduced search” takes place. 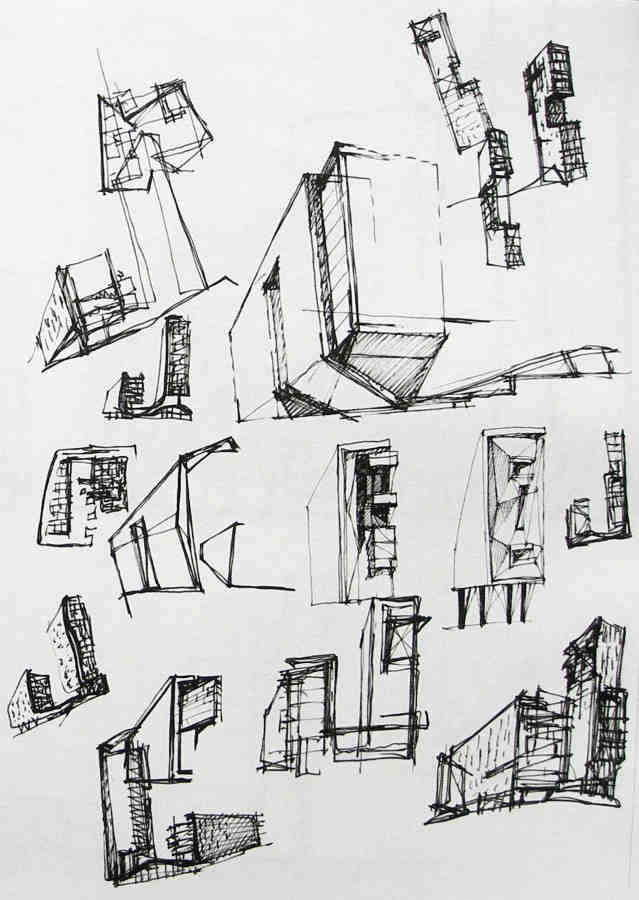 In the beginning, each option within the problem should be somewhat significantly different from the previous one. Sketches in architectural design, which do not lead to the desired result, still prepare it. Variants of artistic expression of the ideological content of the program are performed.
In the process of sketching, new ideas are formed by assessing the situation and state of the object, unlikely directions for a solution are discarded, certain elements are excluded, others are included in a new sketch, and the concept is gradually refined.

A central idea of ​​solving a problem arises - an "obsession". Intermediate sketches replace "creative memory". A record of the creative process should be kept for re-examination. The process is accompanied by assessment and criticism of their own results. Finding order — structure in the arrangement of elements in a composition — is more important than the elements themselves.
Initial sketching is accompanied by a constant correlation of the developed version with the formulated concept and the original program. The primary sketching phase gives scope for sudden insights, the opportunity to see the task again, as it were. One of the heuristic rules just presupposes movement in the opposite direction - from the predicted solution to the initial data, premises. 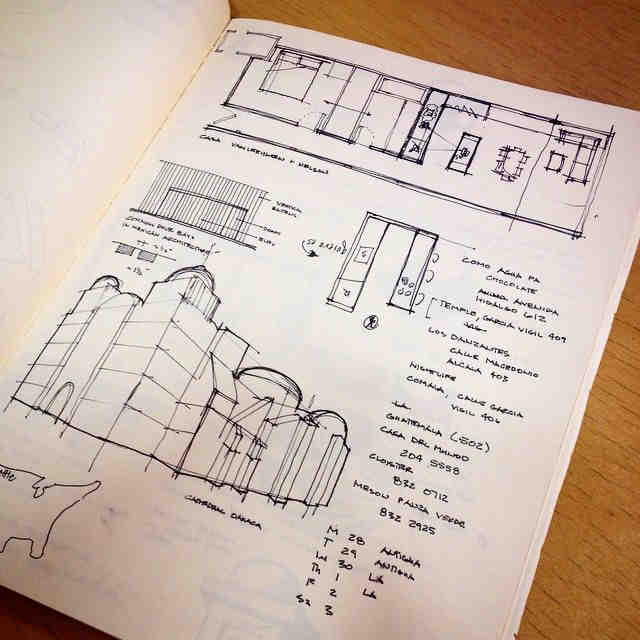 A sketch appears that corresponds to the nature and genre of the theme of architectural design. Aesthetic judgment plays an important role in choosing the best option. The result of the primary sketching acts in a double quality: as a result of the previous course of creative thought and as a starting point for its further development.